Aave has seen a decline in its user activity in the last 30 days. During that period, revenue increased as a result...
More
CRYPTOO
More
Home DeFi
January 13, 2023

The BNB hackathon event will take place in South Korea, between Dec. 17 and 19. 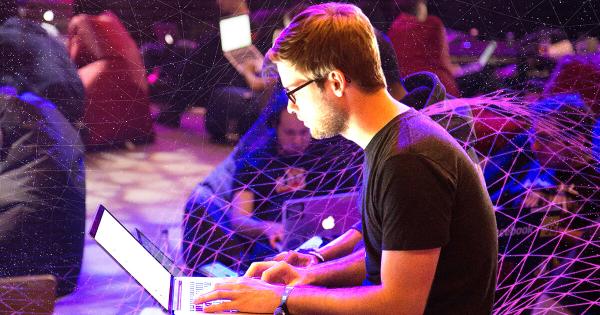 BNB Chain announced it is holding its first Hackathon in South Korea between Dec. 17 and 19. The event is a joint effort between BNB Chain, DWF Labs, and CertiK.

“Blockchain games and NFTs will be significant components of Web3, and South Korea has seen remarkable growth in both fields. In the context of web3, Korea is at the forefront of worldwide gaming, metaverse, cultural, and music dominance.

Looking at the amazing Web3 dev talent, we are committed to provide consistent local developer support in South Korea.”

The primary purpose of the Hackathon is to connect developers, entrepreneurs, and VCs from around the globe to boost innovation in Web3.

The event rules dictate that each participating team must have a minimum of five members. The winners will be announced on Dec. 19, and the winning team will receive $5,000. In addition, the second and third-place winners will earn $3,000 and $2,000, respectively. All three winners will also gain continued access to BNB Chain’s developer and funding programs.

The Hackathon will end with a funding round hosting the likes of Binance Labs, Hashed, Samsung Next, and DWF Labs, where the three winning teams will be pitching their ideas to collect funding.

The applications for the event are still open at the time of writing.

A recent CyrptoSlate exclusive interview with CryptoSeoul founder Erica Kang APAC DAO co-founder Nicole Nguyen revealed that events held in the region could help with the problems of the Asian crypto community.

Both Kang and Nguyen agreed that the Asian crypto market carried great potential. However, according to Kang, language barriers and time differences are the two main factors that set the Asian community back by isolating them from the rest of the world.

Ironically, Asia produces great talent precisely because it is an isolated market. Nguyen said that developers in the region have learned to operate by themselves, and “what they can do with fewer significantly resources and without being able to rely on any of the centralized parties” is very impressive.

Both Kang and Nicole agreed that events are vital to relieving the isolation of the Asian markets and exposing its unique talent to the world.

What is Harmony (ONE)? Bitfinex blog