The blockchain space is home to thousands of projects that see use cases across numerous industries.Out of all the projects available, however, there...
More
CRYPTOO
More
Home Memecoin
January 13, 2023

CZ confirmed that Binance is not involved with Twitter crypto integrations currently, and that time is needed for Elon Musk to finalize a roadmap on what he wants. 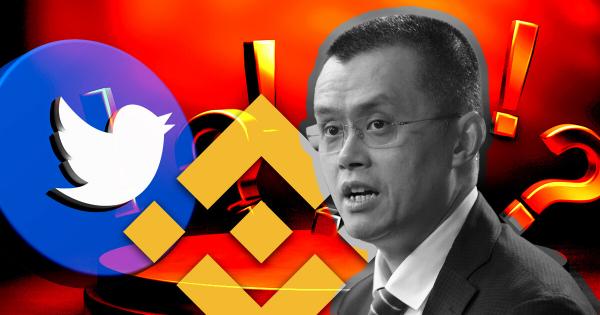 During a Twitter Space AMAs held on Nov. 1, the crypto community bombarded Changpeng Zhao (CZ) with questions on Binance’s role with Twitter.

On October 28, Elon Musk completed his takeover of the social media platform in a $44 billion move. Since assuming control, the Tesla CEO has brought in sweeping changes, including firing top execs and dissolving the board of directors.

At the same time, Musk is mulling over various issues, such as charging a monthly fee for blue-checked accounts, which may tackle the spam bot problem. But perhaps the most prominent potential change is crypto integration.

Given Musk’s fondness for Dogecoin, many assume the leading meme coin will become the cryptocurrency native of Twitter.

That aside, based on CZ’s responses to the AMA questions, Binance is merely a “supportive investor” at this stage.

Binance stumped up $500 million of investment funding in support of Musk’s takeover of Twitter. CZ said the number one reason for this was to support free speech.

Before the takeover, Twitter had been heavily criticized for censorship and for pushing “woke” leftist idealism. The defining action of this era was banning a sitting US president by de-platforming Donald Trump.

In March, Musk publicly signaled his interest in buying the social media platform and making changes from within. At the time, he joined in with outcries, saying Twitter was failing to uphold democratic principles while hinting at a buyout or development of a rival platform.

As the months rolled on, it emerged that Musk had been accumulating Twitter shares on the quiet. Despite some back and forth with agreeing to the deal, the takeover was completed last week.

CZ calls on the crypto community to give Elon time

During the 30-minute-long AMA, five out of the twelve callers asked CZ about Twitter and how Binance intends to position itself with the changes.

Off the bat, CZ said he is not personally involved with Twitter, adding, “that’s Elon’s job. Elon is the CEO; he’s running it. We’re the supportive investor.”

However, the Binance CEO said, “if he wants,” we can help Twitter become a Web3 platform and to accept crypto payments. But, at this early stage, there are no discussions between the two entities on specific crypto-focused features.

Another caller brushed the topic of direct Binance integration with Twitter to enable a WeChat-styled user experience. Again, CZ reiterated that he currently has no hand in developing the social media platform’s upcoming features.

“I’m not involved with the running of Twitter, we’re the investor, I’m not the CEO… I don’t have a title there. So, I think we’ve got to give Elon some time.”

In any case, given that the takeover happened last week, CZ said Musk is still getting to grips with the situation and deciding on the best course of action. With that, there is no rush to suggest a feature list or push wallet integration.

“Let him settle in, and then let’s see how we can help him.”

On Dogecoin as the native Twitter cryptocurrency, CZ said, in his view, it would be better if the platform adopted more than one cryptocurrency.