Fantom (FTM) has been one of the best-performing tokens of 2023, pulling off a series of impressive gains in the last few weeks....
More
CRYPTOO
More
Home Memecoin
January 13, 2023

Dogechain will offer DOGE holders access to DeFi, NFTs, and gaming, but Dogecoin warn not to risk your DOGE. 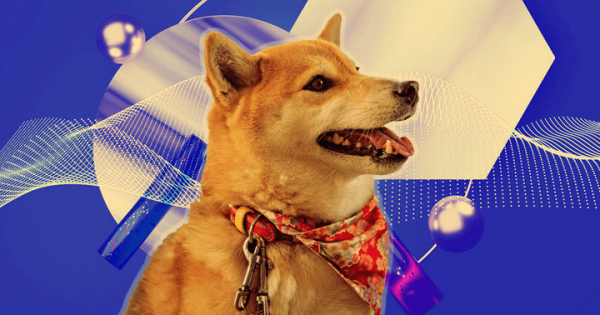 Dogecoin Foundation board member Jens Wiechers rubbished claims that Dogechain is an affiliated product, saying “paid media” have disseminated false information that the two are connected.

This follows an earlier tweet from Dogecoin developer @cb_dogewho posted that Dogechain is “another knockoff token,” while giving DOGE holders the heads up on influencers promoting the project.

Dogechain is not linked to #dogecoin in any way.

➡️ It’s another knockoff token.
➡️ Avoid the influencers collaborating with them.
➡️ Don’t risk your precious Doge.
➡️ Share with other shibes.
➡️ Do Only Good Everyday! pic.twitter.com/b3AE97oNeP

Dogechain is billed as a layer 2 scaling solution enabling DeFi, NFTs, and gaming. However, per its whitepaperDogeChain is built on the Ethereum-compatible Polygon Edge “private label” framework, not the Dogecoin network.

Dogechain claims to complement the original by bringing smart contract functionality, thus opening up additional use cases beyond just payments.

“With Dogechain, Dogecoin holders can do more than simply hodl and wait for Dogecoin to moon!“

Like the original, Dogechain’s stated philosophy revolves around inclusivity and valuing participants. The team also emphasized its “community-first approach,” saying there was no VC allocation of tokens.

“Dogechain stands for fairness and equal opportunity for all. Our goal is to create a blockchain that is truly owned by the people.“

Token distribution of “$DC” will occur “later this year” via an airdrop of snapshotted DOGE balances. The exact mechanics of the process will follow, with interested parties encouraged to join the Discord.

However, CoinMarketCap currently shows three tradable tokens with similar names: DogeChain, DOGECHAINU, and DOGECHAIN, all of which opened trading on August 16.

Over the last seven days, Dogecoin jumped 23% amid a broader uptrend for dog-themed meme coins. During this period, there have been no new significant fundamental developments. This performance saw Dogecoin leapfrog Polkadot and re-enter the top 10.

Crypto investor and analyst Miles Deutscher attributed the recent buoyant price action to the launch of Dogechain. In the same tweet, he also made a case for meme coins acting as a “gateway” for the broader crypto market.

$DOGE is pumping following the launch of DogeChain.

But could this have broader implications for the crypto market?

Meme coins were highly efficient at capturing retail liquidity in 2021, with profits generally siphoning off into ulterior market sectors. 👇

Scope Markets, Saxo Markets and StoneX and More: Executive Moves of the Week