Bitcoin continues to see a bullish uptrend across the board, with the derivatives market volume witnessing an upturn in fortunes. BTC prices...
More
CRYPTOO
More
Home Memecoin
January 13, 2023

Elon Musk said Dogecoin is a better payment token than Bitcoin and added that it can be used to pay for underground travel around Las Vegas. 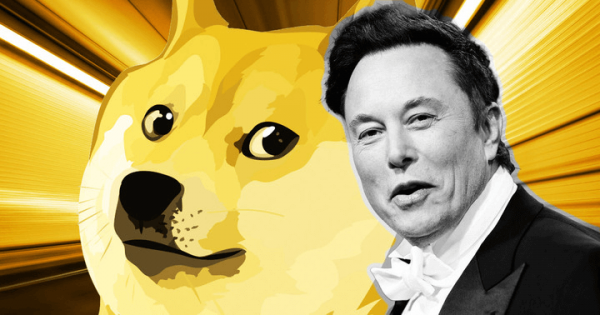 Elon Musk revealed a new use for Dogecoin – paying for rides at the Boring Company, which operates a network of underground tunnels in Las Vegas.

The meme coin is often accused of lacking utility, a point refuted by the newly created Dogepediawhich said DOGE “is money” thanks to its low fees and “speed of transactions.”

Recently, the Dogecoin Foundation has gone to great lengths to turn DOGE into a payment token. It said third-party payment integrations with Bitpay and Coinbase, partnering with several prepaid card providers, and developing a “JSON-RPC interface” for shops to integrate with the blockchain directly demonstrate this.

Dogecoin does have utility, said Musk

In a video clip posted by @DogeDesignerthe Tesla CEO reaffirmed his support for DOGE because “it has the memes and dogs, and it seems like it has a sense of humor.”

But when challenged on its “potential,” Musk responded by saying its transaction throughput and inflationary tokenomics make it much better than Bitcoin as a payment token.

“The actual total transaction capability of Dogecoin is much higher than Bitcoin. And the fact that there’s five billion DOGE created every year is good for using it as a transactional currency.”

The current rate of Dogecoin inflation is about 3.7% a year. It is argued that being inflationary, Dogecoin is ideal for use as a currency, unlike fixed-supply Bitcoin, which some investors hoard for fear of losing gains once spent.

Musk has widely publicized that Tesla and SpaceX merch can be bought using Dogecoin. But during the video clip, he also said people could use the meme coin to pay for Boring Company rides in Las Vegas.

In June, the company unveiled its first passenger station, located underneath Resorts World Las Vegas. The route is expected to feature 55 such stations along a 29-mile track of underground tunnels.

The Boring Company already operates a scaled-down version, which opened in 2021, which consists of two 0.8-mile tracks.

The more ambitious “Vegas Loop” will have users riding in Teslas to get to key landmarks across the city, including the Las Vegas Strip, the city’s new football stadium, the Las Vegas Convention Center, and McCarran International Airport.

Dogecoin has been up 4% in the last 24 hours. It remains caught in a sideways pattern established on June 21. Bulls face resistance at $0.07502, having been rejected at this level on July 30.

OKB Price Prediction – Where is the DEX Crypto Heading? – InsideBitcoins.com