The MOON Bridge to Arbitrum Nova has been deprecated per a statement on February 3. Bridge To Be DeprecatedApproximately 4.77 million MOON tokens will...
More
CRYPTOO
More
Home DeFi
January 15, 2023 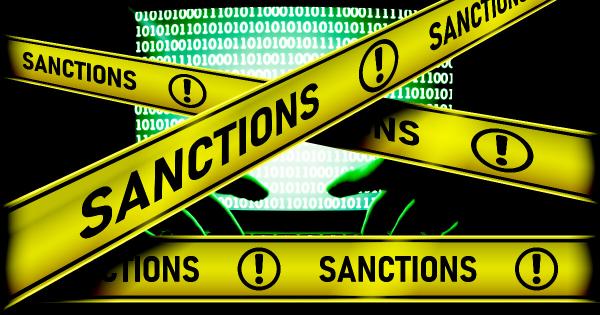 The biggest crypto-related sanctions by the US Office of Foreign Assets Control (OFAC) in 2022 caused a significant dip in the potential revenue of illicit actors, Chainalysis found.

Additionally, 42 entities dealing with stolen crypto potentially lost $1.8 million in the 2 months after the studied services were sanctioned, Chainalysis estimated.

Furthermore, 23 entities related to scams and 11 entities with darknet links potentially lost over $306,000 and around $271,000, respectively. Another $52,227 and $57,727 was lost by 10 fraud shops and 6 ransomware-linked entities, respectively, as per Chainalysis estimates.

However, the average estimated loss of potential revenue after two months of sanctions levy across each category of crypto crime was significantly lower. On average, cybercriminal administrators lost the most, with the estimated loss of revenue pegged at around $750,000.

Darknet markets, entities dealing with stolen funds, and scammers lost $25,000, $43,000, and $13,300, respectively, in potential revenue on average. Contrastingly, Chainalysis estimated that the potential revenue of fraud shops increased by $5,000 on average in the 2 months following sanctions.

Hydra and Garantex were both sanctioned on April 5, 2022. Earlier the same day, German police seized the servers of Hydra, which primarily facilitated drug trafficking. This effectively shut down the illegal marketplace.

Russia-based Garantex, however, announced that it was freely operating after the sanction designation. Ethereum-based Tornado Cash was sanctioned in August and again in November. The website was taken down and the decentralized autonomous organization (DAO) behind the decentralized finance (DeFi) protocol was shut down.

About 68.2% of all funds that flowed into Hydra in the 2 months before sanctions, originated from illicit addresses. Another 12.6% of funds flowed from risky addresses into Hydra. Risky addresses are those that have links to risky entities, such as a high-risk exchange.

But since Hydra was shut down the same day as the sanctions were levied, its inflows dropped to zero in the following 2 months.

On the other hand, inflows to Garantex steadily increased in the two months following the sanction designation. Before the sanction, it received 6.1% and 16.1% of funds from illicit and risky addresses, respectively.

In the case of Hydra, German law enforcement coordinated with US authorities and effectively shut down the illegal marketplace. Therefore, Chainalysis noted that sanctions can be “extremely effective against entities with key operations in cooperative jurisdictions.”

But the impact of sanctions against Garantex was virtually non-existent because Russia did not enforce US sanctions. Chainalysis wrote:

“This case [of Garantex] shows that it is difficult to effectively sanction entities whose home jurisdictions have no formal cooperation channels with OFAC.”

Lastly, sanctions against DeFi platforms like Tornado Cash are less effective since the smart contract can keep running indefinitely even if the website does not exist, Chainalysis said. Therefore, sanctions against DeFi services “act more as a tool to disincentivize the service’s use” rather than shutting down the usage completely.