According to documents filed with the court on February 4, a committee consisting of seven members has been constituted to represent the interests...
More
CRYPTOO
More
Home Ethereum
January 12, 2023

Shanghai upgrade to include Ethereum unstaking

Shanghai upgrade to include Ethereum unstaking

Ethereum devs said they intend to push ahead with functionality to unstake tokens in the upcoming Shanghai upgrade. 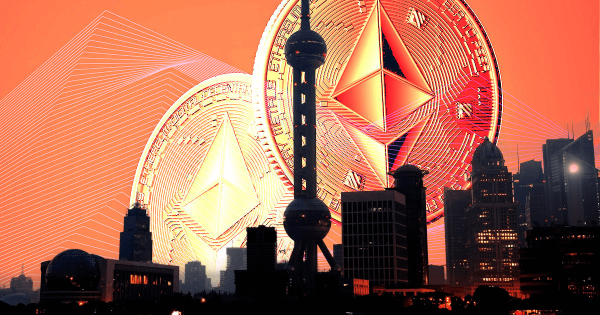 The confirmation brings welcome relief for stakers and vested parties, who, following ongoing speculation over indefinite token lock-in, now see the light at the end of the tunnel.

Since the Beacon Chain went live in November 2020, Ethereum deposited into the staking contract has amassed at a steady rate. Currently, 15.9 million ETH, valued at approximately $19.8 billion, have been deposited, representing 13.2% of the supply.

What now for Ethereum?

Data from Messari showed Ethereum has the lowest staking ratio of any major Proof-of-Stake (PoS) chain. The staking ratio of other significant PoS chains ranged between 46%, going as high as 90% for BNB.

Twitter user @MStiive expects as March approachesa radical increase” in staked Ethereum will occur, pushing the staking ratio higher and more in line with other chains.

However, others speculate that enabling withdrawals would trigger an ETH exodus en masse, adding to sell pressure in an already fragile market still reeling from the scandals of last year.

What to expect from Shanghai

Shanghai is the next major upgrade for the Ethereum network, following the Merge in September 2022. Key highlights of what to expect include:

Despite the bearish narrative surrounding Shanghai from some quarters, @TheEliteCrypto thinks the upgrade will be a bullish driver for the second-largest cryptocurrency. Perhaps even sparking a return to pre-FTX price levels.

“Exciting thoughts on the potential for an upgrade in Shanghai to boost the bullish trend for #ETH. Who knows, maybe we’ll even see it reach 1.6K! Good morning fam!“

Russia's largest bank, Sberbank, is moving forward with the plan to launch its decentralized finance (DeFi) platform, preparing to trial the product in...
Read more
Ethereum

The next crypto bull market will start sooner than most people think, according to Mark Yusko, founder and CEO of Morgan Creek Capital...
Read more
Ethereum

The rise of Web3 functionality has been a boon for decentralized domain name services over the past two years, with millions of blockchain-based...
Read more
Ethereum

Ethereum's next big upgrade, Shanghai, is on the horizon for March. The Shanghai hard fork will implement further improvement proposals for the...
Read more