Validators will be able to withdraw staked ETH from March

Validators will be able to withdraw staked ETH from March

Ethereum developers decided to drop the pre-planned EOF implementation from the Shanghai upgrade to prevent any delay in ETH unstaking. 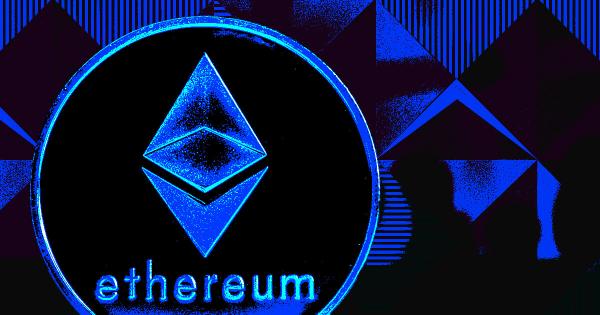 In a call on Jan. 5, Ethereum (ETH) developers reached a consensus for March 2023 as the tentative target for the Shanghai hard fork. The only significant code change in the Shanghai upgrade will focus on enabling validators to withdraw staked ETH. Developers decided on the call.

Developers had hoped to incorporate a set of Ethereum Improvement Proposals (EIPs) dubbed EVM Object Format (EOF) in the Shanghai upgrade but decided against it in the latest call. During the call, developers working on EOF testing said that including EOF would mean pushing the hard fork by at least a month.

EOF would introduce a new contract format for the Ethereum Virtual Machine (EVM), which supports decentralized applications and smart contract functionality. EOF implementation would revamp Ethereum’s transaction format to differentiate between smart contract code and data. It would also make the EVM more easily upgradeable in the future.

Ethereum co-founder Vitalik Buterin was also concerned about the implications of rushing the implementation of EOF. He said:

“In the EVM, it’s much harder to remove things than it is to remove other features. If we’re going to make a new EVM version, that new EVM version should be designed with the idea of ​​being very forward compatible to all kinds of upgrades that we want to do in the future.”

Ethereum developers decided that they will reassess whether to include EOF with the proto-danksharding upgrade in a few weeks, which will likely be rolled out 3-4 months after Shanghai.

The uncertainty regarding the unlocking period of staked ETH created much uneasiness among investors, who started questioning the future of the network. The enabling of withdrawals will, therefore, bring much-awaited relief to ETH stakers. Some analysts, however, predict that the unstaking event could lead to a mass exodus and create high sell pressure on ETH, driving the asset’s price low.

At the time of writing, 15.88 million ETH — worth around $20 billion — was staked on the network, according to the Ethereum Foundation data.

After two weeks of a stupendous rally, Bitcoin's (BTC) price has largely been flat this week. This is a positive sign, as...
Read more
Ethereum

Cryptocurrency is a notoriously volatile industry, regardless of what coin you're trading. During periods of extreme volatility, it's easy to become disheartened...
Read more
Ethereum

Ether's (ETH) rally versus Bitcoin (BTC) is not only showing signs of exhaustion but is also in danger of breaking below a key...
Read more